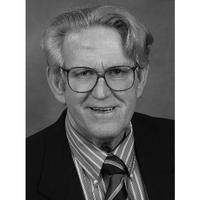 Stan Chadick died at his home in Natchitoches, LA on September 11, 2017 at the age of 76 after a 7-year battle with cancer.

A Celebration of Life Service will be held at 3 pm on Saturday, September 16, 2017 in the Crossroads Sanctuary at the First United Methodist Church of Natchitoches, LA, 411 Second Street. Pastor Doug de Graffenried will officiate. Visitation with the family will be held immediately before the service beginning at 12:45 pm in the same sanctuary.

Stan was born in Pine Bluff, Arkansas in March of 1941 near the rice, cotton and soybean farm where he was raised. After graduating from Humnoke High and making an easy decision not to farm for a living (not enough people around), he received his B.S. degree in mathematics at the University of Central Arkansas in Conway. He then received an M. S. in math at the University of Arkansas in Fayetteville, then a Ph. D. also in math at the University of Tennessee in Knoxville. He joined the faculty at Northwestern State University in Natchitoches in 1969 and retired from there in 2005. He loved Northwestern and the students and faculty. While at Northwestern Stan served as the first curriculum coordinator of the Louisiana School and as the first director of NSU Scholars’ College. He initiated NSU’s “Teaching Circles” to help incoming faculty with their transition to NSU life. Stan was a prolific grant writer and served on several state committees to improve mathematics teaching in Louisiana. He received several teaching awards and several service awards during his tenure. He was honored with Professor Emeritus status in 2011 and in 2014 was recognized by the Mathematics Association of America Louisiana-Mississippi Section with an outstanding service award. Stan also received the first Distinguished Service Award ever given by the Louisiana Association of Mathematics Teachers. Northwestern President Randall Webb presented Stan with an Honorary Doctorate of Applied Science in 2014 in recognition of his years of service.

Stan married his wife Kathleen McClure Chadick in 1993. They worked together mainly with mathematics teachers during their careers at NSU. They have five boys: Clay Chadick and his wife Dana of Hagewood, LA, Cabe Chadick of McKinney, TX, Cooper Chadick of McKinney, TX, Steve Schilling and his wife Shay of Baton Rouge, LA and John Schilling of Fayetteville, AR. They have eight wonderful grandchildren: Devin, Valerie and Dalton Chadick of Hagewood, LA; Claire, Chloe and Rowan Chadick of McKinney, TX; and Joseph and Benjamin Schilling of Baton Rouge, LA. He was also blessed with three beautiful step-granddaughters: Maddie, Caitlyn, and Anna Claire Taylor of Hagewood, La. Stan is also survived by a host of in-laws, nieces and nephews and their families. He was preceded in death by his parents: Albert and Fallie Chadick and a brother Sonny Chadick, all of the farm near Humnoke where he grew up.

Stan devoted his life to his family, his students and his friends. In his young fatherhood, he enjoyed his hours coaching his boys in baseball and the lasting friendships with other “coaches.” He spent many hours at home tutoring, not only young family members, but children of friends. Through the years he mentored many young people; some of whom have kept in touch over the years. In his later years, he thoroughly enjoyed the group of “old men” with whom he shared morning coffee and lively stories. His was a life of joy shared with others. He considered himself truly blessed.

The family would like to take this opportunity to express its appreciation to the staff at the NW Cancer Treatment Center in Natchitoches, especially Dr. Manish Dhawan, Cheryl Moffett and Kayla Olliff, Holly Gallien Cason and Crystal Lachney. Their care and devotion over the years was a great comfort and is deeply appreciated. Much appreciation also to the staff of Hospice of Natchitoches for their loving care during Stan’s final days.

Pallbearers for the service will be Clay, Cabe and Cooper Chadick, Steve and John Schilling, and Devin and Dalton Chadick. Honorary pallbearers will be members of the Walter Ledet Coffee Club. There will be no public graveside service. In lieu of flowers, donations may be given to the First United Methodist Church, 411 Second Street, Natchitoches, LA 71457 or NW LA Cancer Treatment Center, 211 Medical Drive, Natchitoches, LA 71457.