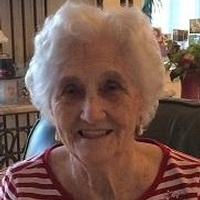 Louise Megee Villani, age 89, passed away on Monday, February 5, 2018 at Coastal Hospice at the Lake in Salisbury. Born in Millville, DE, youngest of eleven, she was the daughter of the late Leroy and Mattie Dickerson Megee. She was preceded in death by her beloved husband of 56 years Samuel E. Villani, Sr. (2002). Surviving, are her children, Sandra Villani Ricker and her husband Rick of Calabash, NC, and Samuel E. Villani, Jr. and his wife Donna of Bethany Beach, DE. She was an adored grandmother to, Cherie Simon (Paul) of Salisbury, Sam Villani, III (Maria) of Marriottsville, MD, Wendy Wallen (Tony) of Myrtle Beach, SC, Nick Villani (Jen) of Bethesda, MD, and Jenna Villani and fiancé Cameron Taylor of Selbyville. There are seven great-grandchildren, Chelsea and Allyson Simon, Addison Wallen, and Ryan, Cate, Evan, and Lana Villani.

Mrs. Villani was a member of St. Mary’s Star of the Sea Catholic Church, Charter Member of the Ocean City Lioness Club, American Legion Post #166, Past President of the OCVFD Auxiliary, Elks Lodge #817 in Salisbury, and past member of the Ocean City Golf and Yacht Club, Nine Holers. She was a devoted wife and mother and will be dearly missed by her friends and family.

A funeral service will be held on Friday, February 9th at 11:00 Am at the Burbage Funeral Home in Berlin. Friends may call one hour prior to the service. Rev. John Klevence will officiate. A donation in her memory may be made to: The Lioness Club P.O. Box 6, Ocean City, MD 21843, or The Ocean City Volunteer Fire Company, 1409 Philadelphia Ave., Ocean City, MD or Coastal Hospice, P.O. Box 1733 Salisbury, MD 21804. Letters of condolence may be sent via: www.burbagefuneralhome.com