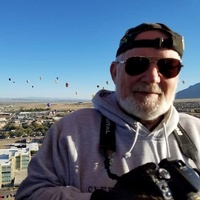 Al was a member and volunteer at the Chesapeake Chapter of the United States Lighthouse Society. since 1993, joining the board of directors as membership chairman in 2011. He spent many years volunteering for the Chesapeake Chapter Lighthouse Challenge. He was also a member and volunteer with the New Jersey Lighthouse Society where he helped with the New Jersey Lighthouse Challenge. He volunteered at Sandy Hook as a tour guide for the lighthouse. He visited and helped on the restoration of several lighthouses.

Al volunteered for the Ronald McDonald House of Southern New Jersey as a gift wrapper extraordinaire. Once a month, he met his fellow PSE&G retirees at a local diner.

In Lieu of flowers, the family is asking that a donation be made to one of the following groups: